You are here: Home / HTML5 Game Development / What Devices Should I Support with HTML5 Games

I’ve been gathering some statistics for determining the main platforms and devices that Souzou needs to support for it’s HTML5 Games. When sponsors Buy HTML5 Games, they tend to want the games to work on as many devices as possible. This makes it very hard for the indie developers out there. The following statistics really show that you should have an iOs device running iOs 6 and iOs 7, preferably an iPad 2 and an iPhone 4s and/or 5s.

In regards to Android, Samsung is the only way to fly and you should look at a Galaxy Note Tablet and a Galaxy S Phone running JellyBean and either Kit Kat, Ice Cream or Gingerbread. All four Android OS would be preferable to get the best of all worlds. For those whom want to delve a little deeper, keep reading for the images and commentary.

Desktop Vs Mobile Vs Tablet

We can clearly see here the dominant OS is iOs with 58.62% of mobile & tablet users surfing on an apple product. Android is no slouch though with a 41.38% market share making it something worth supporting. Blackberry and Windows Phone 8 aren’t listed due to the significance weighted towards the two leading Operating Systems.

iPad 2 is a clear winner here with over 30% for this model alone. Galaxy Notes (1+2+3) combined creep past the iPad Mini at 16%. iPad 3 is at 15% and iPad 4 at 12%. Galaxy Notes are the Android tablet we clearly need to support here with 16% of the tablet market. iPad 2 (non-retina) and ipad 3,4,mini (retina) are the iOs versions with 73% of the tablet market clearly showing iOs is dominant once again.

Samsung. Enough said really. Samsung has a 58% share here with 12% others (which are the likes of pendo pads and other smaller chinese manufacturers). Sony, HTC, and Motorola are all under 6%. Sort of shows what brand of phone gets the most support.

Make sure you leave a comment with your thoughts and keep making HTML5 Games! 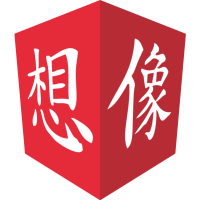 Jonathan is an Indie Game Developer, Website Creator, Guru and Graphic Designer with over 20 years of experience. Souzou is his brainchild manifestation of creation through imagination. Check out Jonathan's Blog or Web Games